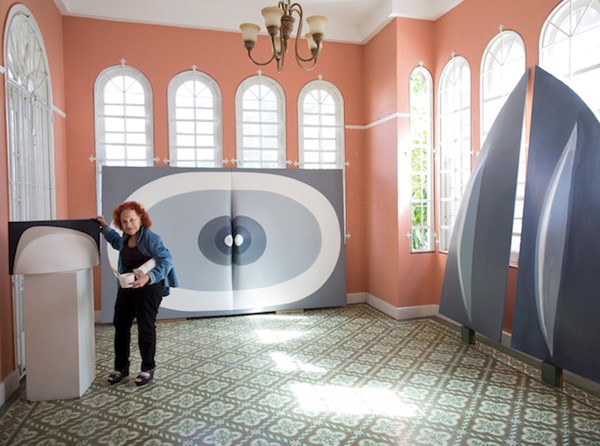 In the 1950s, on a Havana rooftop and reeling from the recent passing of her father, Cuban artist Zilia Sánchez (b. 1926) had an epiphany. A gust of wind blew a hanging laundry sheet (the very one her father had been lying on when he died) against a pipe and a wall, and in its resulting form she discovered an entirely new approach to her work. She abandoned painting on flat surfaces and began pulling canvas tautly over oddly-shaped wooden armatures, creating curved peaks that opened painting up from its conventionally rectangular state. Introducing three-dimensional forms to her work, Sánchez’s shift challenged the preferred frontal view of artworks by interrupting the face-on gaze and coercing it around corners.