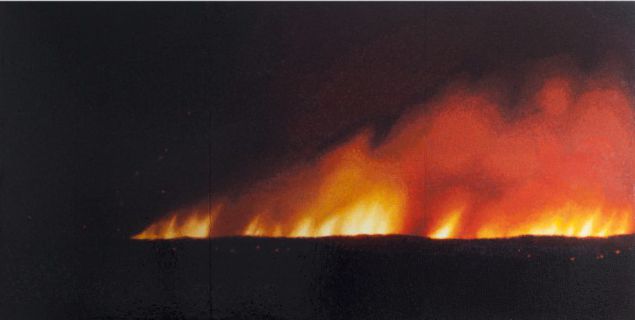 Teresita Fernández knows how to light up a room, and she’s done just that inside the front gallery of Anthony Meier Fine Arts in San Francisco. The century-old house inside which Mr. Meier’s gallery is located has been set ablaze by Ms. Fernández’s fiery handiwork, which features a smoky landscape rendered in charcoal and a glittering inferno made from thousands of glazed ceramic tiles.

Ms. Fernández is widely known for her large-scale experiential installations, the most recent being a 500-foot mirrored canopy for New York’s Madison Square Park which was experienced by nearly 50,000 people each day during its nine-month run.