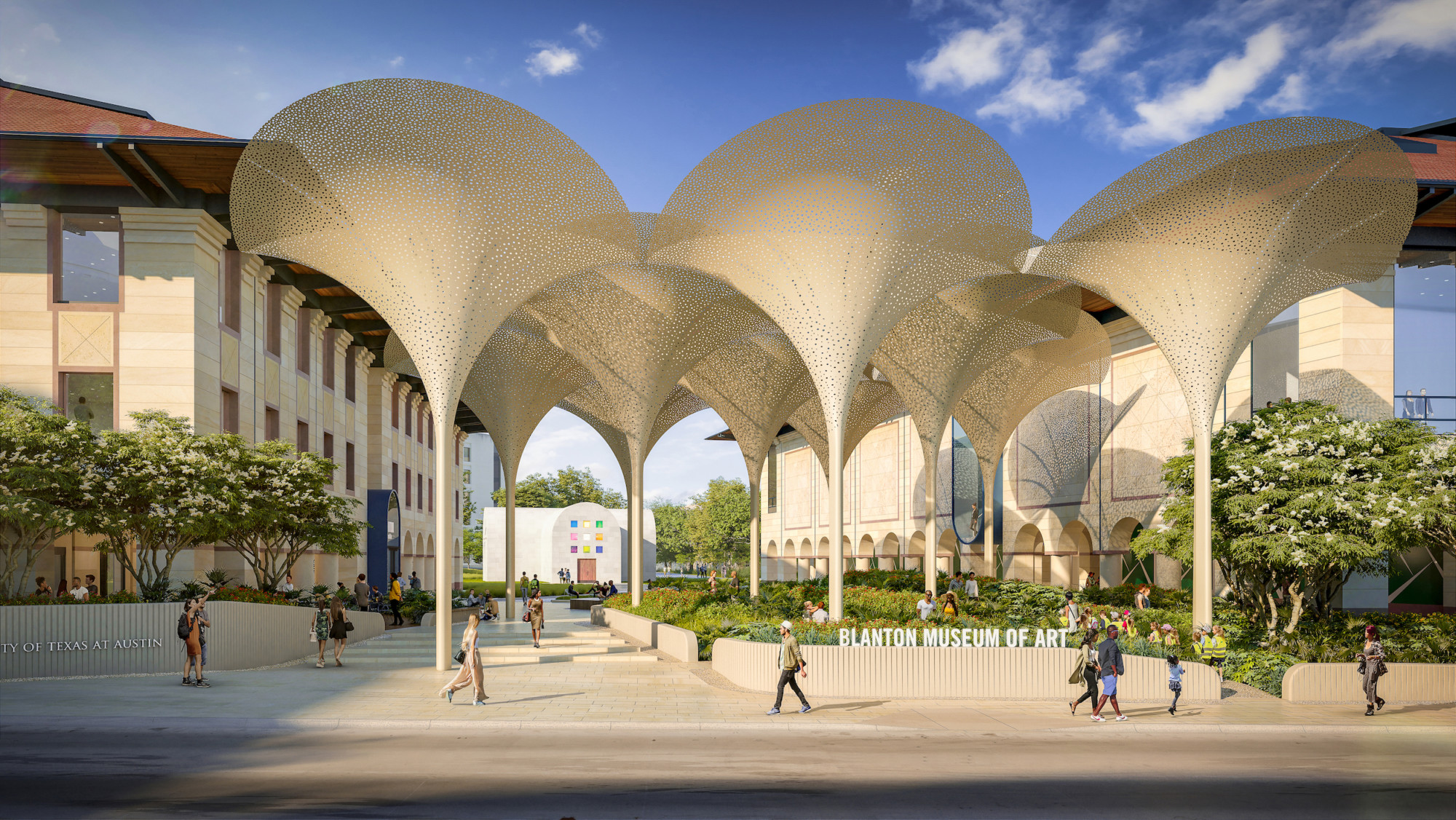 New Mural from Cuban-American Artist Carmen Herrera. -Sound affects human emotion in the same way as visual art. Just like we can see a beautiful, scenic image that brings us pleasure, we can hear a sound that also sparks our vitality. So much is sound an integral part of our being that now it has become its own genre of art. Sound art is now an integral part of museum exhibitions worldwide. In Texas, a new sound art installation is gracing The Blanton Museum of Art at the University of Texas Austin (UT Austin). Landscape Soundings will be the first sound art garden for a major American museum. It will debut in 2022 along with the rest of the redesigned museum grounds.

Included in the new design to accompany the sound garden is a mural installation from acclaimed Cuban-American artist Carmen Herrera. The mural will span the entire length of an interior wall beneath the loggia of the Michener Gallery Building.

Acclaimed composer and sound art pioneer Bill Fontana created the sonic exhibition. The music will transport the ecological zones of the Texas Hill Country to the heart of Austin. The sounds he recorded include bat noises from surrounding areas in Central Texas. He visited the San Antonio’s Bracken Cave, home to the largest bat colony in the world and the Balcones Canyonlands National Wildlife Refuge.