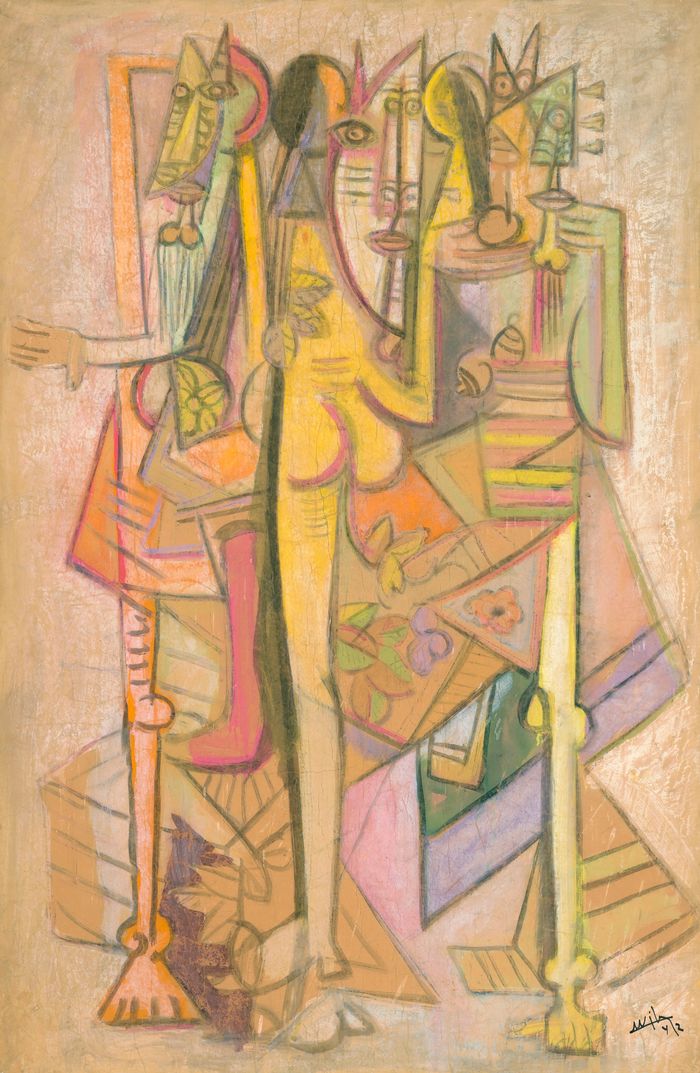 Wifredo Lam’s legendary masterpiece La Réunion is up for auction at Christie’s. The auction house’s evening sale of 20th century art will take place on November 11, 2021. The presale estimate is between three million and four million. The Cuban artist’s chef d’oeuvre will be on view at the auction house’s Rockefeller Center galleries in New York from October 11th till November 11th, ahead of the auction.

Wifredo Lam was born in 1902 in Sagua La Grande, Cuba, a a small village in the sugar farming province of Villa Clara. He was of mixed race with his mother being the daughter of a Congolese former slave. His father was a Chinese immigrant. His family, like many other Cubans, practiced a blend of Catholicism and Santeria. The imagery of the African religion is one of the greatest influences in his art.