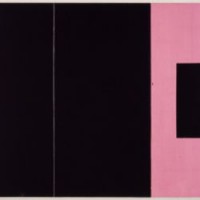 This Will Have Been: Art, Love & Politics in the 1980s covers the period from 1979 to 1992. During this era, the political sphere was dominated by the ideas of former US President Ronald Reagan and British Prime Minister Margaret Thatcher, the music scene was transformed by punk and the birth of hip-hop, and our everyday lives were radically altered by a host of technological developments, from the Sony Walkman and the ATM to the appearance of MTV and the first personal computers. In the United States, the decade opened with an enormous anti-nuclear protest in New York’s Central Park and closed with mass demonstrations against the government’s slow response to the AIDS crisis. This exhibition attempts to make sense of what happened to the visual arts in the United States during this tumultuous period.

It includes the work of Cuban American Artist Felix Gonzalez-Torres