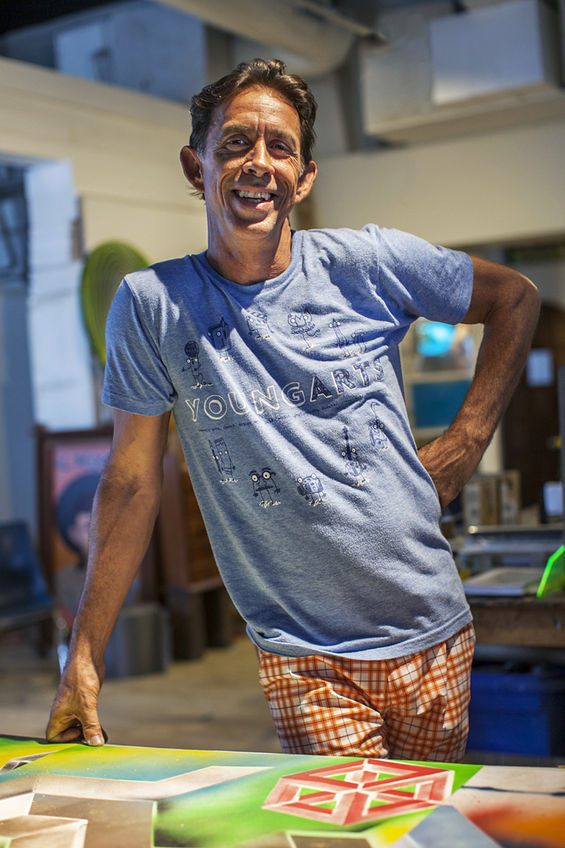 Swampspace’s Oliver Sanchez on Collaborating with Art Stars.  In 2006, Oliver Sanchez transformed the implausible into reality. “I tarred and feathered a classic Rolls-Royce Corniche convertible,” the unpretentious and soft-spoken 55-year-old Cuban-American recalls. “The hardest part of the job was finding the right type of feathers, but we finally settled on goose down after going through a bunch of samples ranging from plain chicken feathers to the more exotic and ornate.”

Sanchez defiled the Rolls for a Wynwood exhibition by two Scandinavian artists, Michael Elmgreen and Ingar Dragset, who aimed to erect a monument to art-world avarice. In the years since, he has become the go-to guy for making artists’ visions a reality. He has created works for big-time locals such as Daniel Arsham, Bert Rodriguez, Naomi Fisher, Bhakti Baxter, and Typoe, as well as established international names.