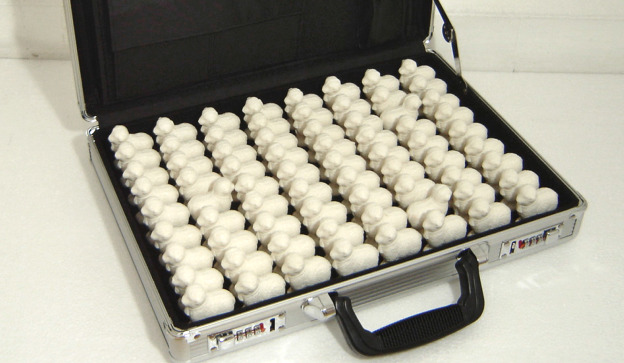 Aluna Art Foundation inaugurates a new headquarter in Little Havana, Miami, on April 18th of 2015, conceived as a space for art and culture to generate new dynamics in the sector and in the city.

Delgado incorporates sculptures and drawings from the last decade, with media such as soaps, trays or sheets derived from the practices of survival from prison. It also presents serigraphs inspired by an alphabet invented then and large paintings about forms of oppression in a dizzying and globalized world but corroded social indifference. This show will take place with the release of several exhibitions dedicated to the concept of Parrhesia, a term which in ancient Greek meant “speak the truth,”- and the contradictions between censorship and the exercise of freedom of thought in artistic creation and literary.