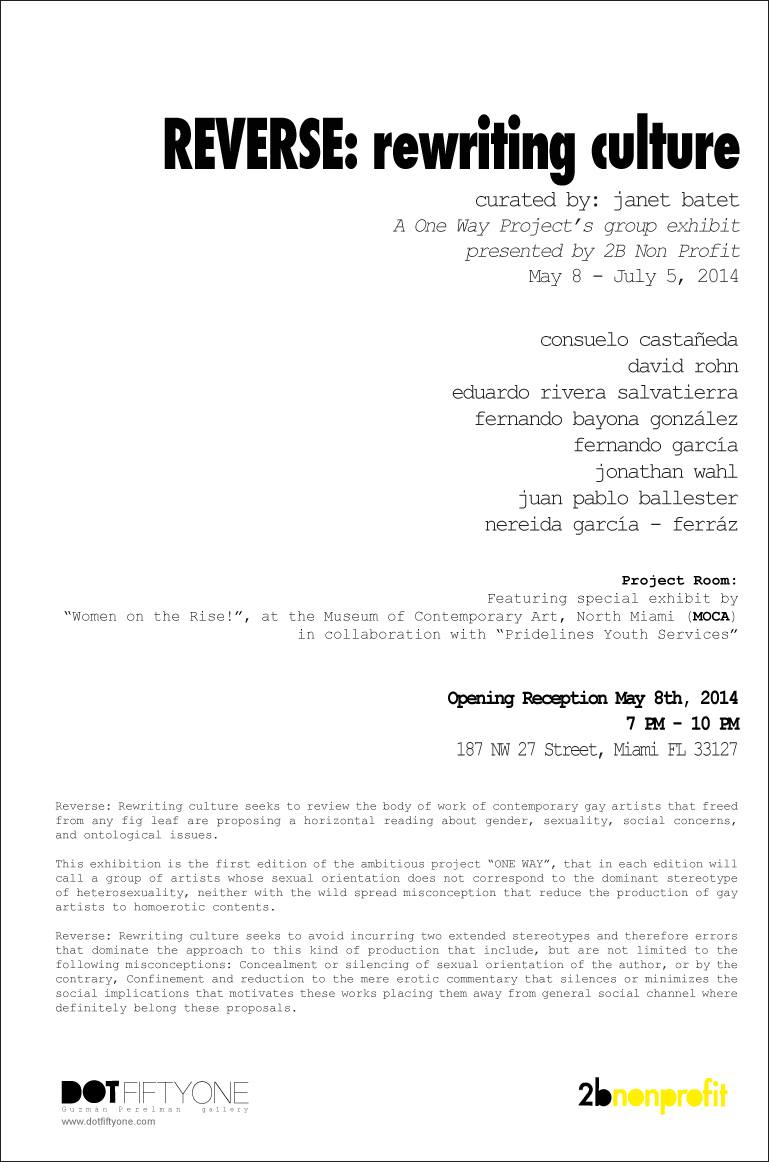 Reverse: Rewriting culture seeks to review the body of work of contemporary gay artists that freed from any fig leaf are proposing a horizontal reading about gender, sexuality, social concerns, and ontological issues.

This exhibition is the first edition of the ambitious project “ONE WAY”, that in each edition will call a group of artists whose sexual orientation does not correspond to the dominant stereotype of heterosexuality, neither with the wild spread misconception that reduce the production of gay artists to homoerotic contents.