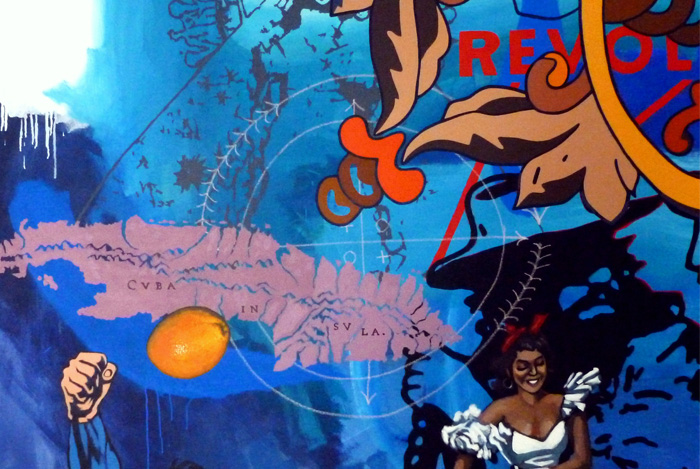 On June 19, 2021 from 7 PM to 9 PM, the MOCA will feature Cuban-American artist Rafael Lopez-Ramos in their Project Room. “Chromatic Aporias” is the title of the show, which includes realistic renderings of tropical fruit from a colonial perspective. Lopez-Ramos  incorporates Afro-Cuban religious symbols with Catholic images. His culture is also present in his art through his depiction of the Revolution’s propaganda iconography.

Rafael Lopez-Ramos was born in Cabaiguán, Cuba in 1962. He received a Bachelor’s degree in Drawing & Painting at the Academia San Alejandro in La Habana. He studied for four years at the Instituto Superior de Arte in La Habana, and he earned an MFA in 1991.