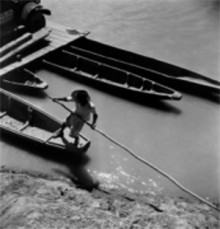 Featuring the work of 50 Latin American artists and 21 artists from the United States, Pan American Modernism: Avant-Garde Art in Latin America and the United States explores, for the first time at the Lowe, the rich visual dialogue that exists between objects produced by artists working in 13 countries in North, South and Central America during the 60 years between 1919 and 1979. Showcasing 75 important works of art, many of which are not currently on view or have not been previously exhibited, this exhibition includes paintings, sculpture, works on paper, photography, and mixed media works that represent the Lowe’s diverse, multi-cultural holdings.