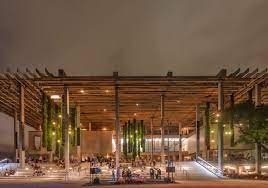 Coco Fusco is a leading figure in Cuban-American Art. The Perez Art Museum in Miami just acquired a series of her artworks. More specifically, PAMM’s International Women’s Committee Endowment purchased the pieces. “The Undiscovered Amerindians Tour” is a series of photographs documenting a satirical performance. Fusco together with Guillermo Gomez-Pena commented on the quincentennial commemoration of Christopher Columbus’ “discovery.” They conducted the project from 1992-1994. Fusco and Pena are both performance artists. In September 12, 1992, they performed “Two Undiscovered Amerindians Visit the West.” It was part of the exhibition The Year of the White Bear. It was displayed in the Minneapolis Sculpture Garden, which is located at the Walker Art Center.

Even before they began collaborating, both artists explored colonialism and racism in their art. For example, Coco Fusco delved into the impact of slavery on Cuba. Fusco is also a renowned writer. In 2015, she published Dangerous Moves: Performance and Politics in Cuba. It’s a book based on her studies of race and identity on the communist island.. Gómez-Peña founded the Border Art Workshop/Taller de Arte Fronterizo. He did so to create collaborative programs with migrant communities in Mexico. Their journey began in 1990, when the two created “Norte/Sur.” It was a a multidisciplinary art installation that exposed the relationship between the United States and Latin America. Two years after, the five-hundredth anniversary celebration of Christopher Columbus’ discovery ignited a number of worldwide events. Fusco and Gomez created an interdisciplinary performance art project that became iconic.

The two dressed up as indigenous Guatinauis, natives to the uncolonized fictitious island of Guatinaui. They presented themselves in a gilded cage at the Minneapolis Sculpture Garden. People paid to watch them perform a native dance and take take pictures of them. The display spoke to the enslavement of humans at the core of colonial conquest. The series of photographs derived from the event became the artwork that the PAMM recently acquired.