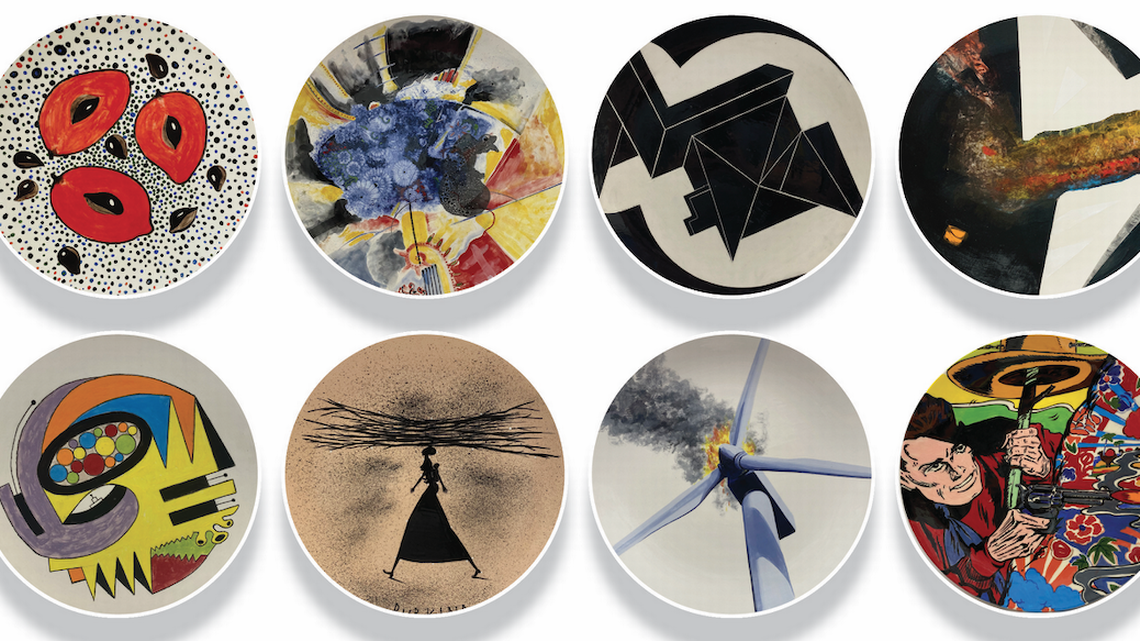 Fine Arts on the Plate is the current exhibition of Cuban art displayed at the Kendall Art Center (KAC).  Forty-five artists of Cuban origin who live outside of the island have participated in the show. KAC will display the plate art at their showroom in South West Miami until February 2021.

The founder Leonardo Rodriguez conceived of the idea to have artists paint on original plates instead of large canvases as a result of the COVID-19 pandemic.  He wanted to not only bring back the forgotten art of ceramics but also provide a financial opportunity for artists.  “Not everyone has 8 or 10 thousand dollars to buy a canvas, but anyone has one thousand or one thousand two hundred dollars to pay for a plate,” he explained to Alona Martinez of the Miami Herald.

Originally from Cuba, Rodriguez founded the art center because he wanted to promote Cuban artists working outside the island. He is committed to helping artists who are exiled from Cuba. “The Cuban artist, when he leaves Cuba, is forgotten…I wanted to show the world that the artist that is in Miami keeps being a Cuban artist and is very professional,” he mentioned to the Herald. Even though most of the artists that KAC exhibits are from Miami, they have also displayed the art of Cuban artists living in Japan, Spain, and Boston.

The Kendall Art Center is a non-profit organization, which opened to the public in the summer of 2016. Rodriguez created the gallery accidentally in order to house his vast collection of Cuban art. He began collecting pieces as a young adult in Cuba. His mother worked at the renowned Museo Nacional de Bellas Artes. As a young child, he garnered a love for art. He had access to one of Cuba’s most extensive art collections.  He needed a space to store all of the art overflowing in his home. It was more of an experiment to the business owner, who was unsure if anyone would visit the center. To his surprise, about 200 people attended the private collection.  Now, about 20,000 people visit the KAC yearly.  With over 600 pieces, his private art collection is one of the largest collections of contemporary Cuban art in Miami.

Link to the original article