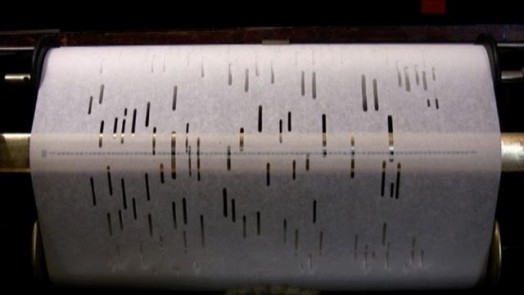 Maria Elena González: “Grand Prize Solo” exhibition at the 31st Ljubljana Biennial, Slovenia..  Maria Elena González’s “Tree Talk” series received the Grand Prize during the 30th Ljubljana Biennale. For this exhibition, she will present new work in such series and have the world premier of “Skowhegan Birch #2.” A sculpture/music composition where she translated the bark patterns into a roll for a player piano by having them digitally cut in, to see what kind of sounds would result. When played, the scroll has an unexpected “score”: the phrasing, polyphony, and rhythm seem deliberately composed and modern. This project allows us to hear the “music” of the birch tree, and reminds us of the inherent logic that exists in all of nature’s patterns.