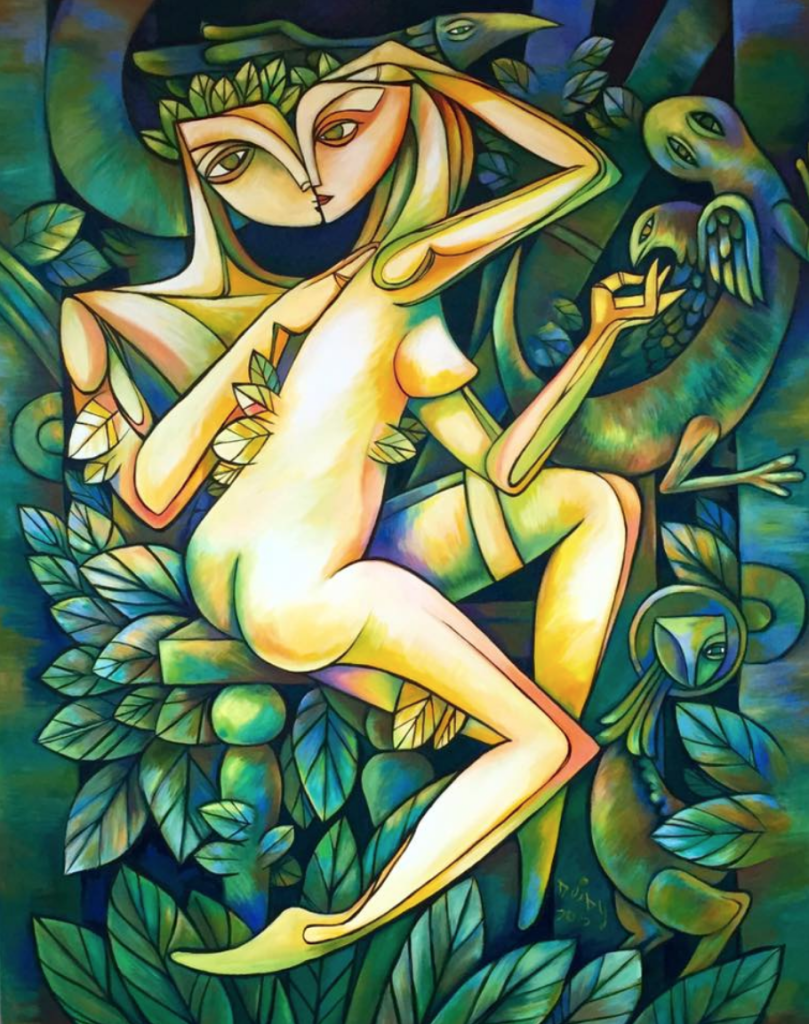 The first look at the works of Deiby Cánovas led me to imagine that some hybrid characters, with bodies of fish and human, or of bird and human, had escaped from a canvas by El Bosco to hide in La Jungla by Wifredo Lam. Such was the tangle of shapes that devoured each other on the surface of the canvas, the lust between the vegetal background of the paintings that was confused and interwoven with the figures, blurring the depth of the scenes and transforming the entire composition into a dense skein, a pulsating atmosphere of blues, greens and golds. And it is not difficult to guess the multiple influences that run through this artist born in the early seventies in the town of Artemisa, a small rural village near Havana. The painter himself has confessed on various occasions his fascination for the work of modern masters such as Wifredo Lam and Pablo Picasso, his affinity with languages ​​such as cubism or surrealism; and, above all, the teaching of his father, also the artist Armando Cánovas.