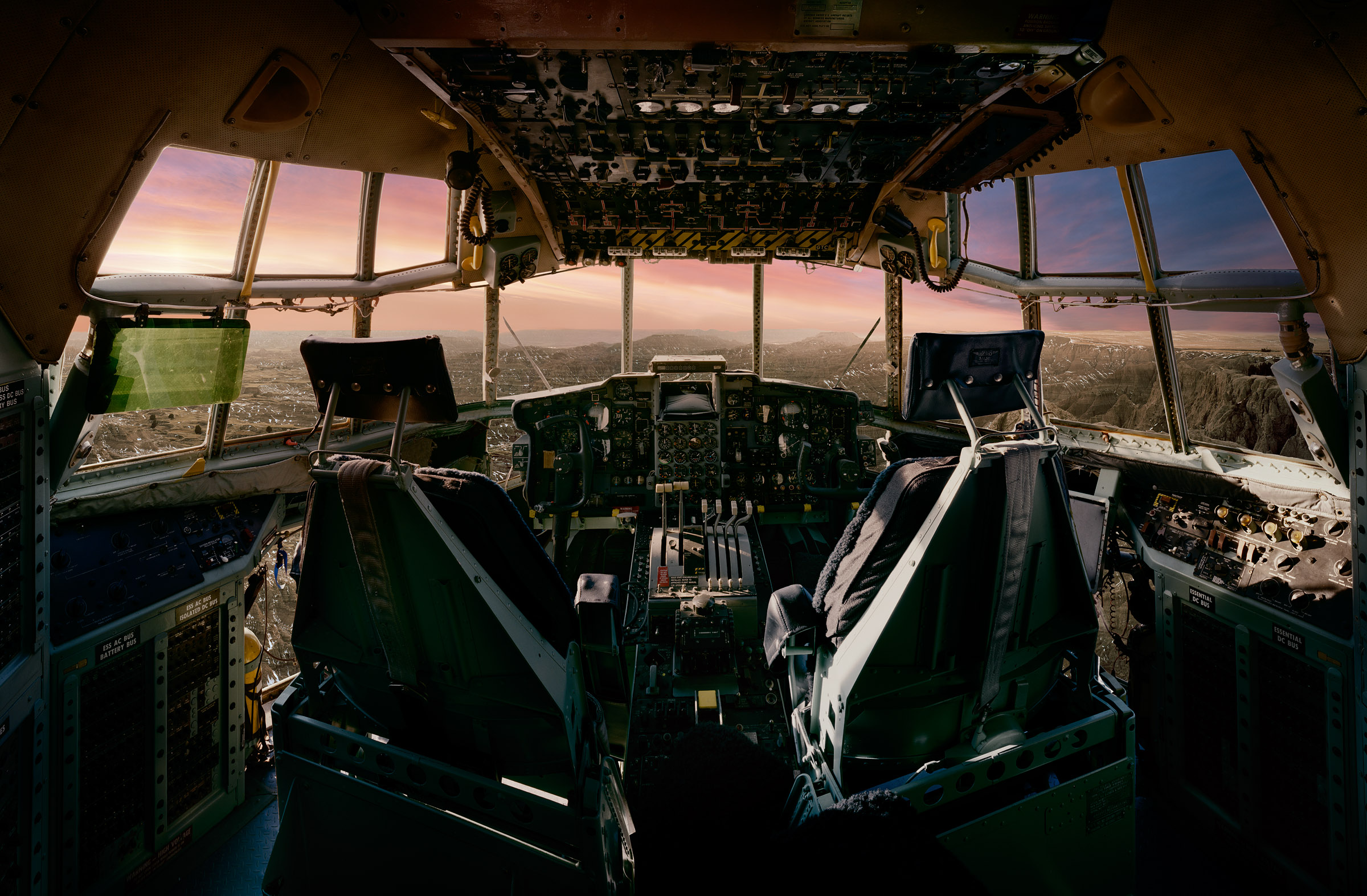 The viewer is alone inside the girth of a Lockheed C-5. The console is thick with buttons and levers, every mechanical detail exposed. The head-on view from the windshield is magnificent. Luis Gispert’s formal use of scale, perspective, and composition create environments at once dazzling and disarming.

The military aircraft featured in the artist’s high-res chromogenic prints ring the gallery like pop spectacle. Old Shaky, a Cold War relic, lifts invisible ordinance over the German Alps. Superstrattois a superstar in purple twilight. Fat Hercules, a player in every air force in the world since 1957, sizes up the South Dakota Badlands veined with snow. Glider has the face of a segmented grasshopper over Bryce Canyon. Fat Fred is as ubiquitous in battle as the salt of the Bonneville flats over which it flashes.