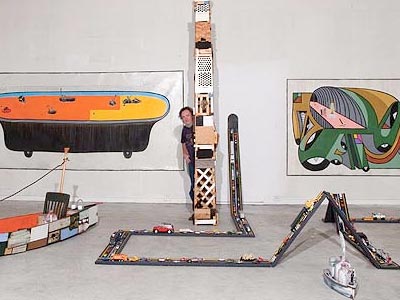 Luis Cruz Azaceta is an award-winning artist whose works have been exhibited and included in numerous collections worldwide. Being a Cuban-born who left the island in his early years to settle in NYC made him also and expat teenager. I believe that young Luis didn’t have much of an idea of how this particular event would shape his future then – neither in a good nor in a bad way –  but in the way only expats get to know with time: the challenge of having to re-invent the self in order to accommodate the many contradictions arising from the culture shock, or what many simply call “to adapt”.