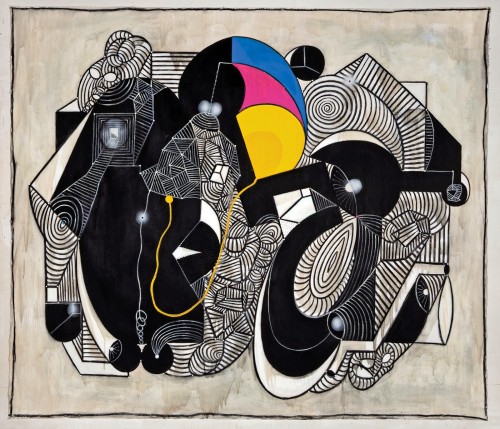 Louisiana Mon Amour: An exhibit by Luis Cruz Azaceta at Acadiana Center for the Arts, Louisiana.  -Luis Cruz Azaceta was born in Havana, Cuba in 1942 and currently lives and works in New Orleans, Louisiana. As a teenager he witnessed many acts of violence on the streets of Havana: bombs in stores, cinemas and theaters; shoot-outs, arrests and torture of citizens by Batista secret police. In 1959, the Cuban revolution brought jubilation and celebration when Castro promised to restore Cuba’s constitution and free elections. Months later executions began, businesses were confiscated and some closed. Azaceta’s experiences under both Batista and postrevolution impacted his vision—creating a sensitivity towards violence, human cruelty, injustice and alienation—which later become central themes in his work.