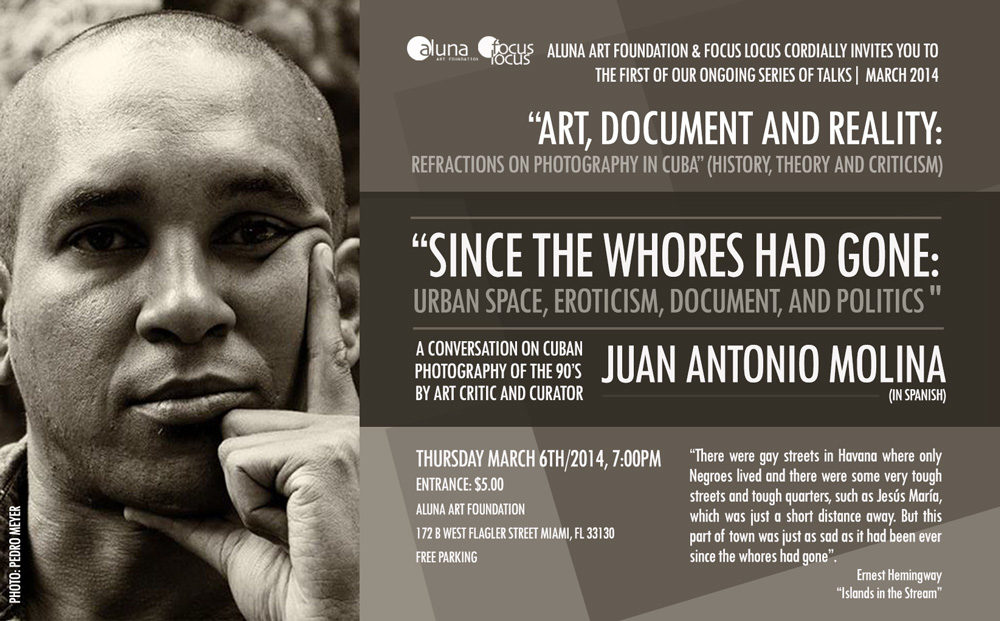 Aluna Art Foundation cordially invites you to our ongoing talks | March 2014
ART, DOCUMENT AND REALITY: REFRACTIONS ON PHOTOGRAPHY IN CUBA (History, Theory and Criticism)
“SINCE THE WHORES HAD GONE: URBAN SPACE, EROTICISM, DOCUMENT, AND POLITICS”.
A conversation on Cuban Photography of the 90’s by art critic and curator Juan Antonio Molina (in Spanish)

“SINCE THE WHORES HAD GONE” is the title of the book in process that brings together newspaper articles, essays, and chronicles, written during the last 20 years by Juan Antonio Molina on contemporary Cuban Photography. The book will also include subjects as the representations of urban space, the relationship between photography and poetry, body, fiction, staging, and the different alternatives of what the author called “New Documentary in Cuba”. Parallel to these reflections, the essay opens a space on identity and rootlessness, aesthetic utopia and political disenchantment, as well as memory and the recent national history.