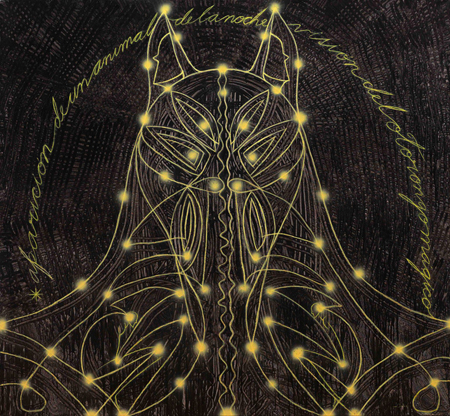 JOSÉ BEDIA: Recurrencia del animal solitario, at Fundación Iturria, Montevideo, Uruguay.  -JOSÉ BEDIA (Havana, 1959) began his artistic education in 1972 at the Escuela de Bellas Artes San Alejandro, and graduated from Havana’s Instituto Superior de Arte in 1981. He represented Cuba in important Biennales, and his art is all over the world in the best museums and international galleries. He has also travelled around the world, with special interest in the Afro and Amerindian cultures, investigating in the least contacted areas of Perú, México, Kenya, Uganda, Congo and Angola, among many other destinations.

On this occasion, his travels take him to Uruguay, a country that doesn’t share much with his usual destinations: Uruguay hosts no jungles, native tribes or primitive rituals, nor great mountains or vast deserts.  Instead, it is known for its moderation in every sense of the word: geographical, climatic, social, cultural, political and economical, and certainly doesn’t seem, at first sight, as a profitable trip for the art of Bedia.