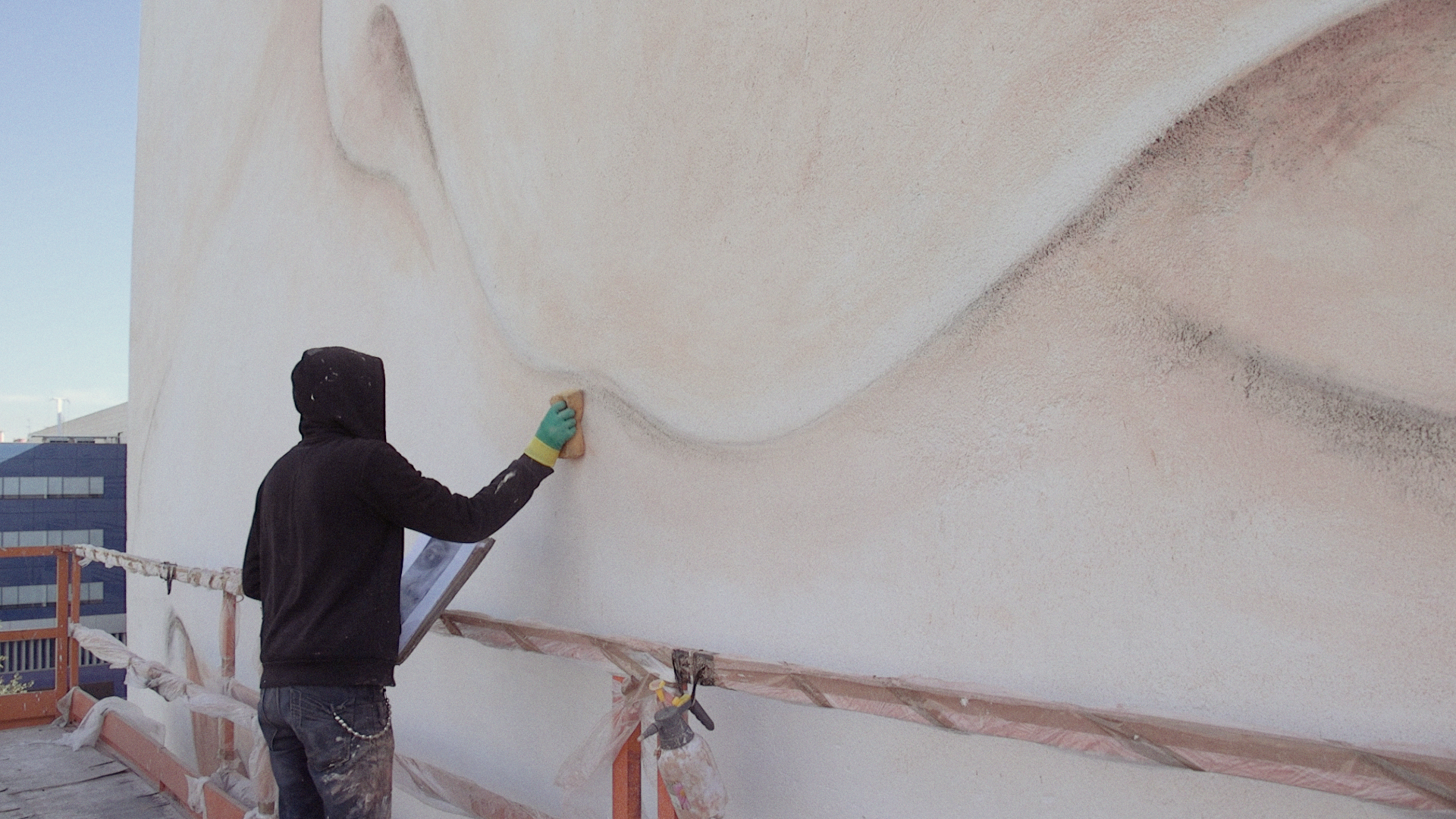 Urban painter, sculptor and creator of monumental land art, Jorge Rodríguez-Gerada is an artist working against the divisive forces that are pulling contemporary society apart.  His most recent mural in Barcelona, called “Panorama”, is a composite portrait that combines features from 10 women in the city’s Sant Martí neighbourhood. The result, an “everywoman”, represents and celebrates the contributions of women to community life.

The huge mural – painted on a wall 33 feet across and more than 90 feet high – was part of the Open Walls Conference 2015 and is one of his Identity Series, which he started in 2002 when he moved to Barcelona from New York City. The artist started painting murals of anonymous locals not only to question the controls imposed in public space, but to comment on consumer messages by using the the same strategic positioning and size of a billboard to create a counter commentary.