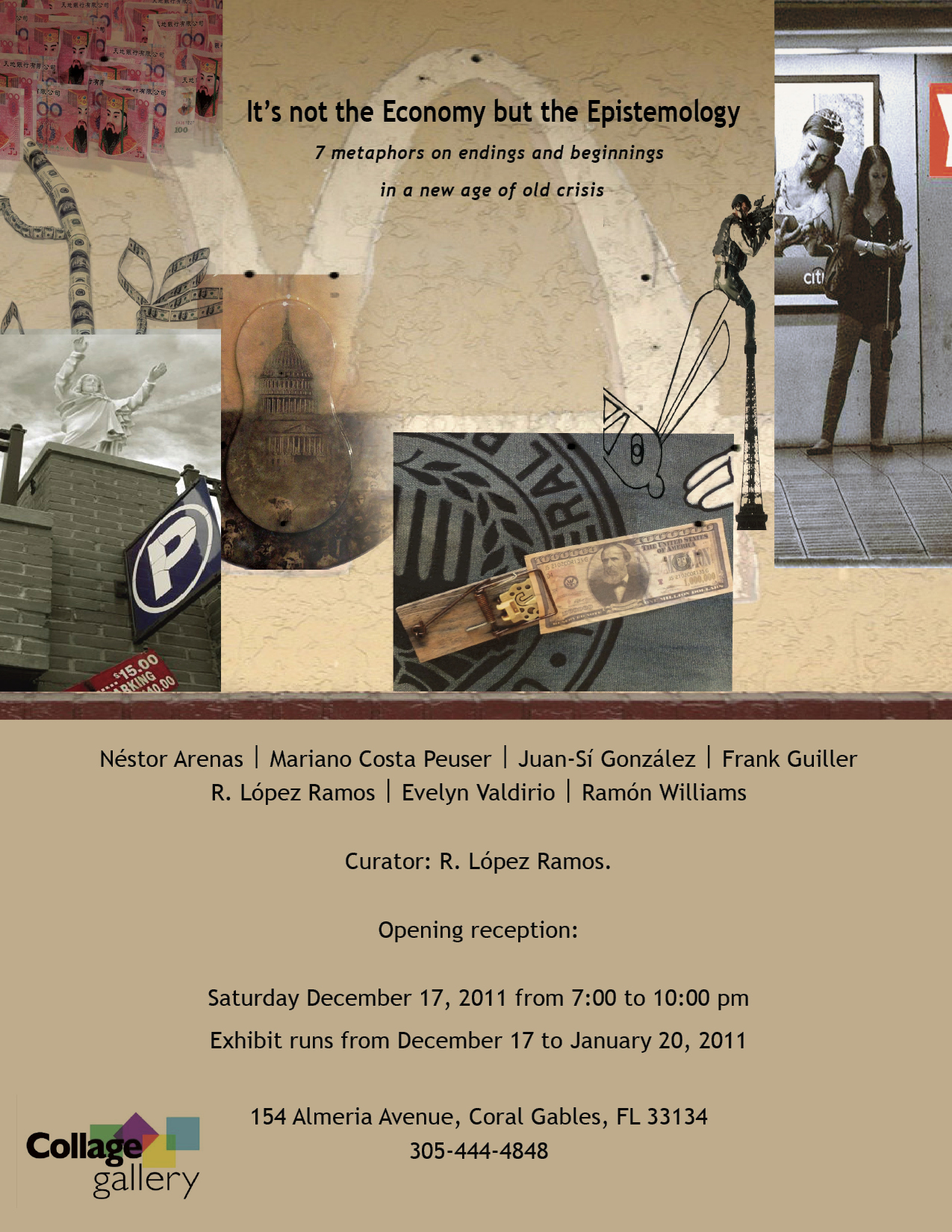 The exhibition focuses on the current scenario of financial crisis in North America and Europe, not as a mere disease but as a symptom of wider dysfunctional patterns clearly rooted outside the economic field.
The title of the show rephrases the famous Clintonian presidential campaign motto “It’s the economy, stupid”, though emphasizing the fact that even when the crisis manifests itself as a financial one, it is just the tip of an iceberg whose submerged body possesses a rather epistemological nature.