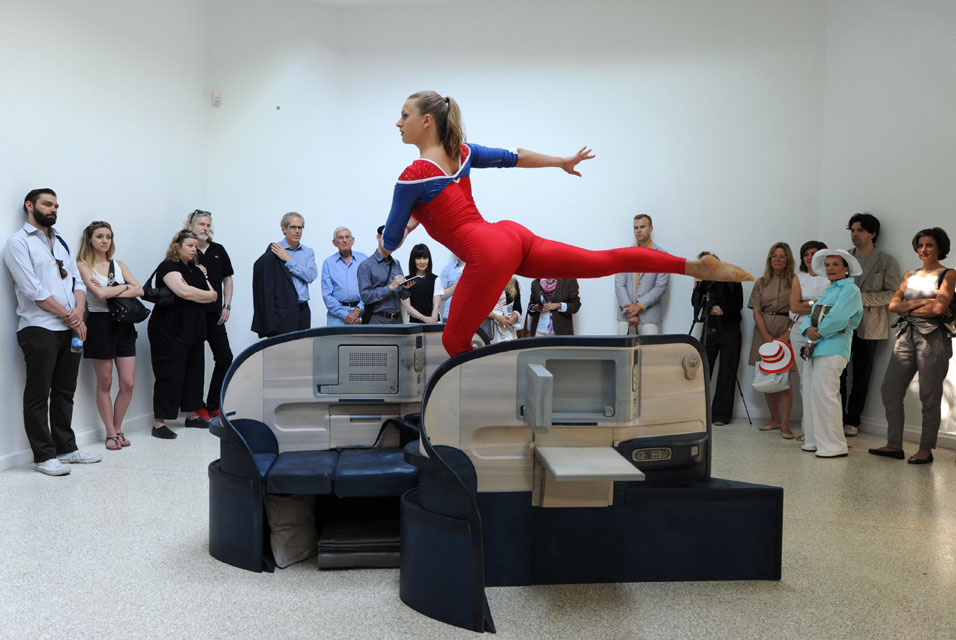 INDIANAPOLIS, IN.- Following the success of the U.S. Pavilion at La Biennale di Venezia, the 54th International Art Exhibition, the Indianapolis Museum of Art will bring works by the collaborative team Jennifer Allora and Guillermo Calzadilla to Indianapolis in Spring 2012. The IMA is acquiring Delta (Body in Flight), which will be presented with scheduled performances in the Efroymson Family Entrance Pavilion March 8, 2012, through April 22, 2012. The artists’ Vieques Series, including Half Mast\Full Mast from the Pavilion, will also be shown in its entirety for the first time as part of the exhibition Allora & Calzadilla: the Vieques Series, on view March 8, 2012, through October 14, 2012, in the Holeman Video Gallery.

Body in Flight (Delta) and Half Mast\Full Mast are among the six commissioned works that comprise the U.S Pavilion exhibition Gloria, on view in Venice, Italy, through November 27, 2011. Organized by the Indianapolis Museum of Art, the exhibition employs a variety of artistic practices including sculpture, performance, video, and sound elements that destabilize existing narratives around national identity, global commerce, international competition, democracy, and militarism. To date, more than 280,000 visitors have seen Gloria at the Venice Biennale since it opened in June, and another 69,000 have viewed the exhibition online.