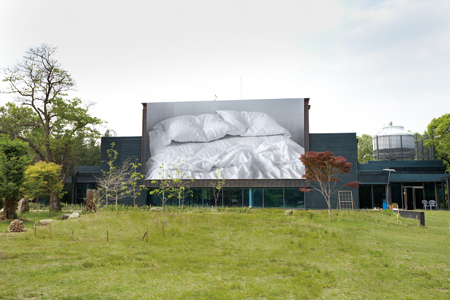 Two round wall clocks, two rectangular mirrors and two pillows on an empty bed — the two identical shapes evoke a sense of similarity, but they can never be the same.