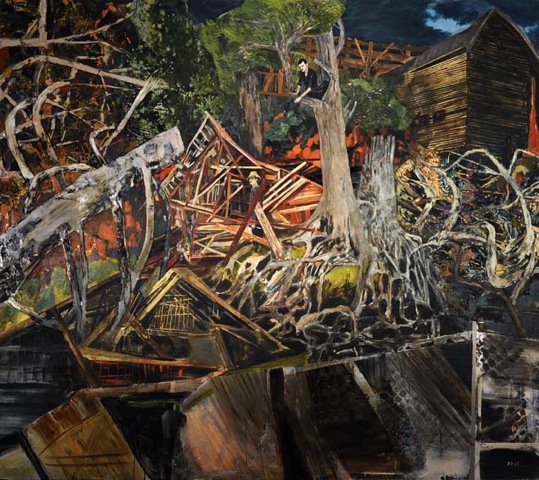 Drawing from his interest in the supernatural, Hernan Bas’s Occult Contemporary responds to the recent proliferation of the occult in mass media with a presentation of new paintings depicting a representation of the devil based on traditional texts and folklore. Playing on the term “Adult Contemporary,” used to describe a light genre of popular music, the title of Bas’s show plays on this act of genre-fication which has made the presence of the occult and supernatural in books, movies, and t.v. accessible to children and young adults, extinguishing any aura of danger or taboo that the occult once held, and consequently, resulting in varying representations and visual depictions of the devil that stray from those detailed in real folklore.