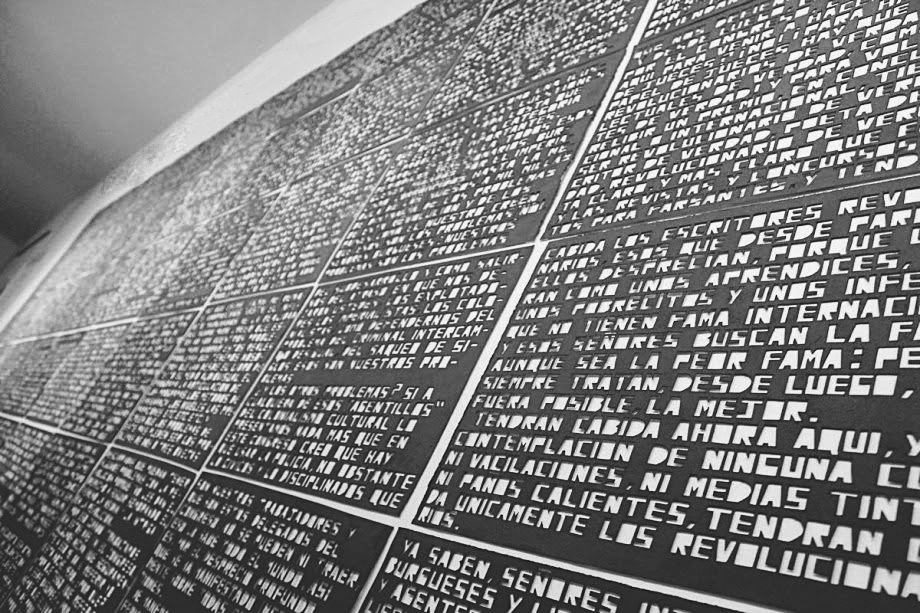 Hamlet Lavastida’s sophisticated artistic proposal focuses on the field of history, ideology and collective memory. The artist is interested in the diagnosis and the reconstruction of a particular iconographic memory associated with the ideological notion of “prophylaxis” wielded by the Cuban Revolution of 1959 as an indoctrination tool aimed at the conversion of the individual in the long awaited archetype of the “New Man”.

By the term “prophylactic work” is known in Cuba the ideological prevention, and educational guidance designed to ensure the full integration of the individual into the realm of the Socialist construction project.

Circumscribed to the period 1960-1990, this body of work, a sort of post structuralism scrutiny, centers on the review of official documents and images directly associated with the imagery of prevention, orientation, and coercion.