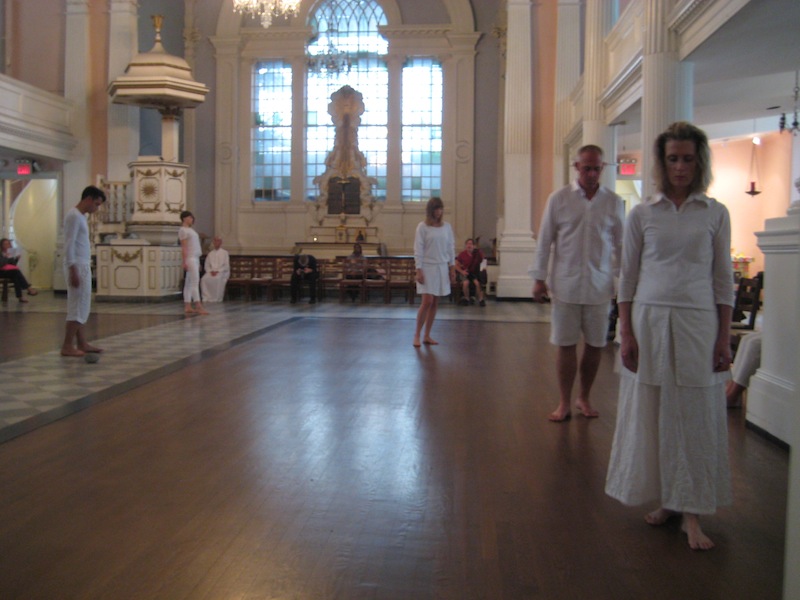 Ernesto Pujol’s “Social Choreography” in Lower Manhattan.  Pujol was born in Cuba and raised there and in Puerto Rico. As a site-specific public performance artist, his work explores concepts of collective identity, spirituality, and the notion of the artist as a citizen and cultural worker. “I believe that everyone has the right to culture,” he has stated. “And I mean critical culture rather than entertainment. Critical culture is a human right.” His performance practice is based on walking—“durational group performances as public art,” as he states in his website, creating “psychic restorative portraits of peoples and places across the U.S.” Most recently, Pujol choreographed a work presented this past summer at the Istanbul Modern Art Museum, in collaboration with Jeffrey Baykal-Rollins and the Silsila Collective.

Time After Us was presented as part of “Crossing the Line,” an annual festival of interdisciplinary and performance art presented in New York by the French Institute Alliance Française. It took place in Saint Paul’s Chapel, one of the oldest churches in New York, which opened for Episcopal services in 1776.