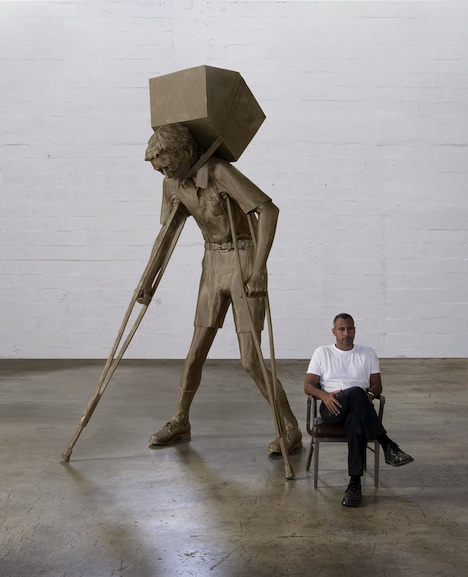 A monumental bronze sculpture by the Miami-based artist Enrique Martínez Celaya is due to be unveiled in the courtyard of the State Hermitage Museum in St Petersburg on 10 July (until 31 November). The Tower of Snow, 2012, which depicts a boy on crutches carrying a house on his back, is the latest large-scale sculpture to be installed in the Russian museum’s courtyard following, among others, Louise Bourgeois’s Maman in 2001 and three reclining figures by Henry Moore in 2011.