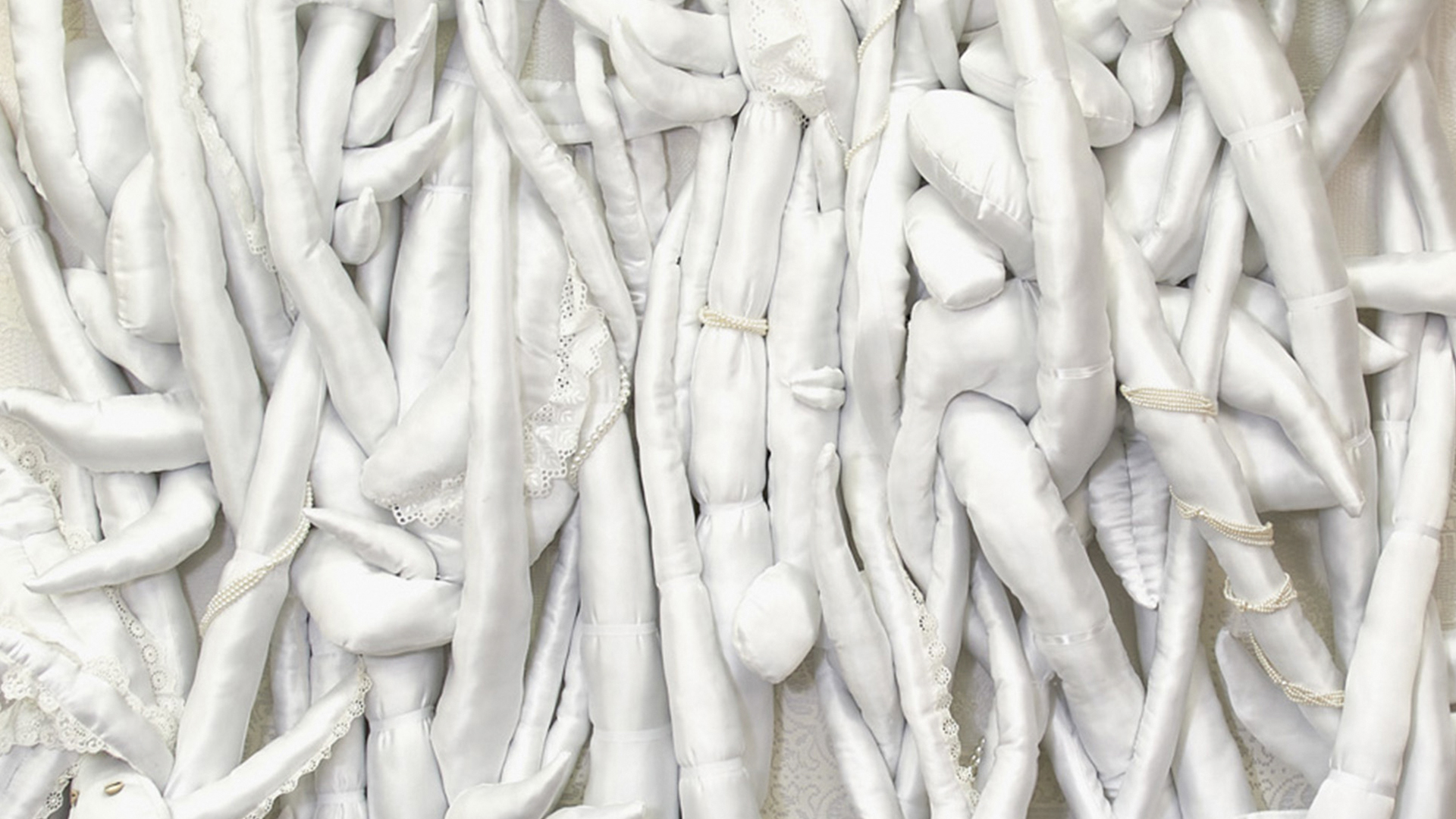 Elio Rodríguez at the University of Alicante’s Museum.-

“A black Cuban artist born in Old Havana to a seamstress mother, Elio Rodríguez trained at the Higher Institute of Art and the San Alejandro Academy. He has lived in Elche for over 15 years. His alter ego is El Macho, a character who is a stereotyped Cuban man: seductive, teasing, sensual, sexual, joking, lewd, carnal, animal, exotic, ancestral, hypermasculine, savage, tropical, desired, primitive… El Macho is Elio himself, but taken to the extreme – the tool through which Elio gets to know himself, laughs at himself, and at the same time, using humour and irreverence, analyses Cuban identity and politics. The aim is to subvert the clichés, stereotypes, lies and traps of Cuban and global politics, economy and society.”