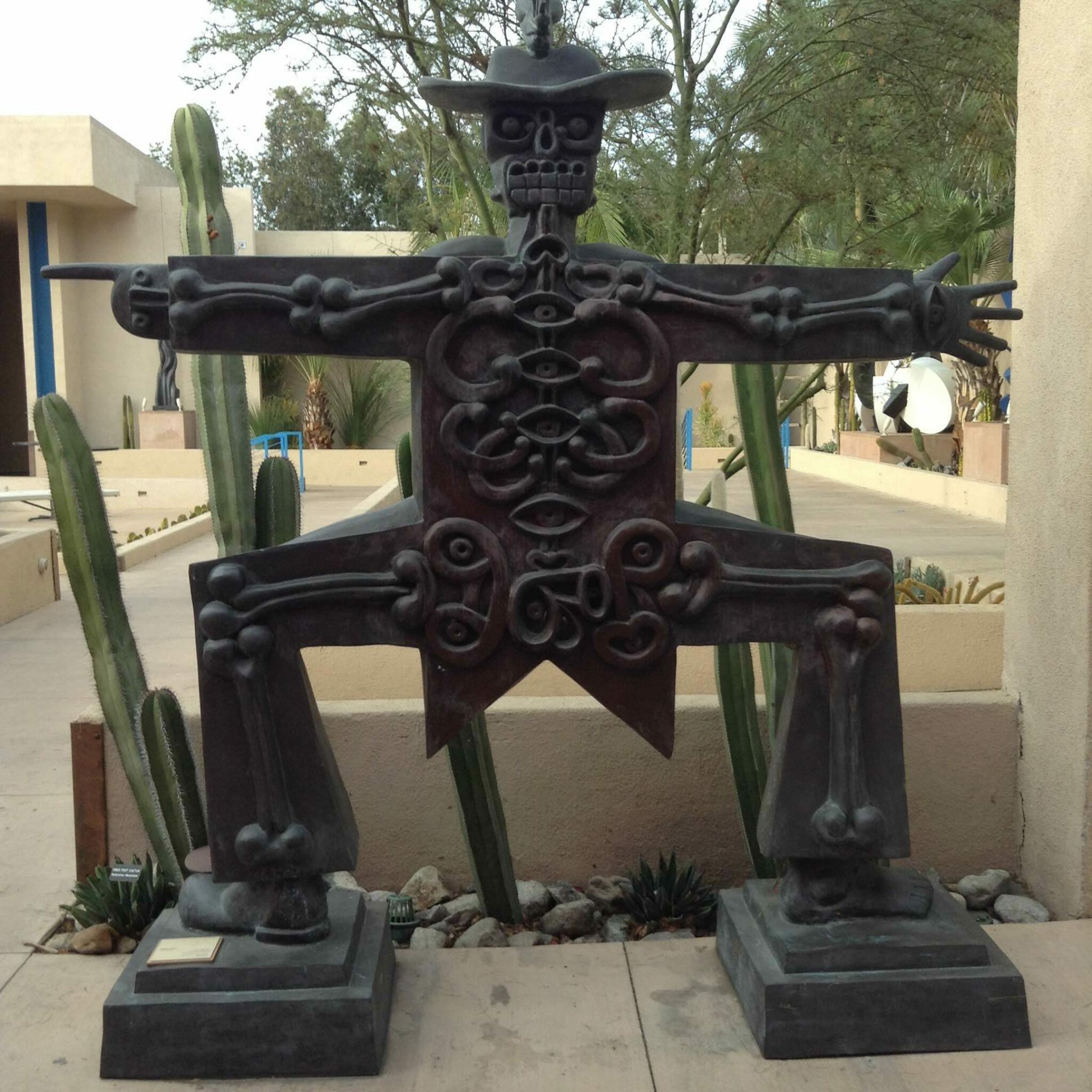 The Art Restoration Project from the Bank of America has been providing grants to museums since 2010. They have awarded monetary prizes to museums in thirty-six countries. Their latest benefactor is the Museum of Latin American Art (MOLAA) in Long Beach, California. The museum plans to restore four of its most prized sculptures, which have been weatherworn. One of these pieces from their outdoor collection is “War Giro” from Cuban-American sculptor Carlos Luna.

Luna’s monumental bronze sculpture from 2005 stands over seven feet tall. The double sided figure represents duality, a common theme in Cuban exile art. One side of the piece is a hat-wearing skeleton with outstretched limbs. On the front side is a man with a Cuban flag, representing his Cuban identity. The figure’s sombrero is adorned with a rooster, which alludes to masculinity in Latin American culture. On one hand is the all-seeing eye of an orisha, derived from Santeria. The other hand contains a diety named Elegguá, known to aid individuals in choosing between traditions of the past and innovations of the future. Luna donated the sculpture to MOLAA.

An exile from the island of Cuba, Luna expresses the internal struggles of a displaced artist in his work. The Cuban-American sculptor was born in 1969 in Pinar del Rio, Cuba. He graduated from the National School of the Arts in Havana in 1987. The artist began experimenting with art when he immigrated to Mexico in 1991. As a result, his artwork showcases Mexican imagery like skeletons, which allude to their belief in the cycle of life, death, and rebirth. He has also had success in other mediums like painting, drawing, and ceramics. He moved to Miami in 2001 and currently resides there with his wife and three children.