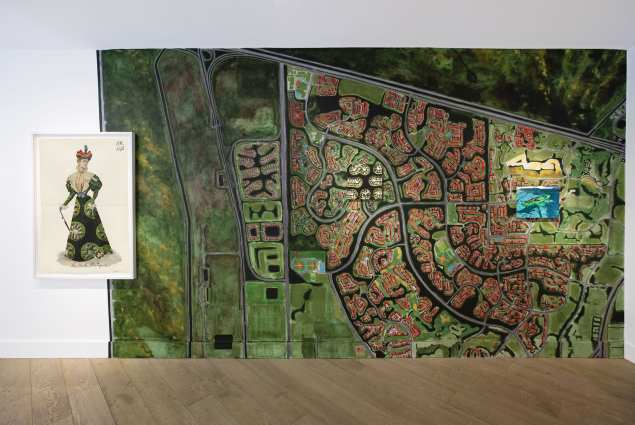 Harold Garcia V Recent Exhibit. Cuban-American painter Harold Garcia V loves the everglades. In fact, his most recent exhibit explores the issue of exploitation of the natural Florida reserve. Welcome to the Everglades at Thomas Nickles Project in New York City was on view through July 11, 2021. The show featured eleven watercolor paintings of women wearing Victorian dresses. The series is titled “La Mode Pratique” (Practical Fashion). The ladies are wearing stylish dresses typical of the era. Upon closer look, their elaborate gowns display the plight of the Everglades. One may observe burning sugar cane fields, algae-covered coastlines, luxury developments or displaced animals within the seams.

The exhibit also includes a video “On the Altars of Vanity.” The video shows the destruction of the natural landscape in the Victorian era. Much of the devastation came from the hat industry. They were nearly forced into extinction. Women’s hats were adorned with the plumage of exotic birds. Many of the birds native to the Everglades were hunted for their feathers. In addition, the film explores the common practice of creating artificial lakes to beautify housing developments. These lakes contain water displaced from the natural wetlands. In his artwork, the Cuban-American painter links the past and the present with the theme of exploitation.

Garcia’s interest in the Everglades began in 2016. He saw a white heron on Miami Beach eating French fries. The bird seemed displaced to him.