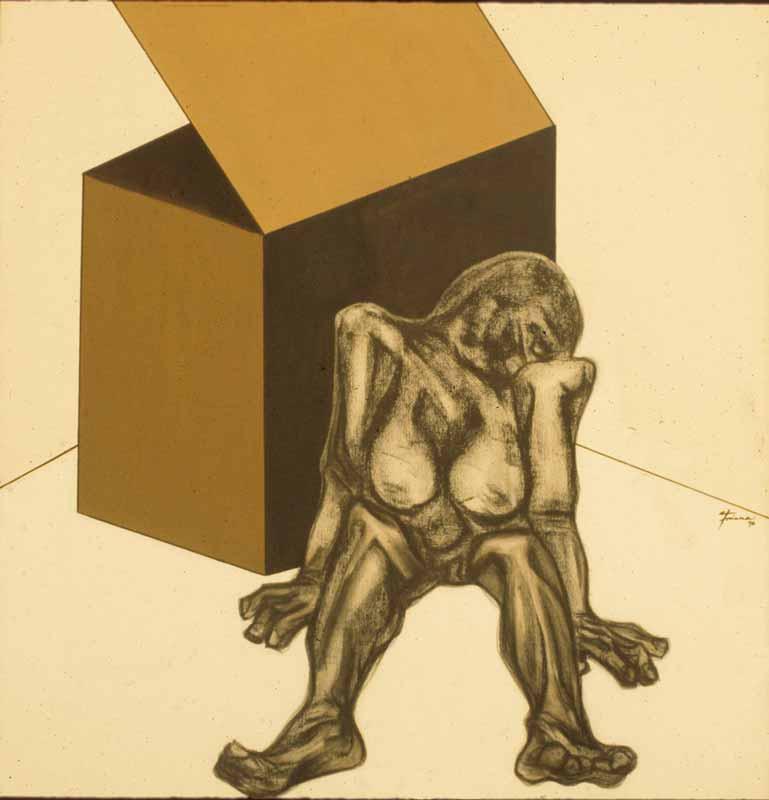 Cuban-American painter Gladys Triana in Late Career Artists. -They say it’s never too late. Well, that is definitely true in the work of art. Many painters do not really make it until they are in the late-stages of their life. Cuban-American painter Gladys Triana is one of these late-bloomers. She was featured in a recent article “Late Career Artists:  Changing Course—or Not.” In the piece from “Art & Object” magazine, the author described Triana’s work as shifting with the times. Her recent work is more film noir, poignant, dark, and strippable. Whereas her earlier art was painterly and Cubistic. The eighty-three year old Triana who once focused on painting now dabbles in photography. Photography has given her the freedom to explore new forms of art. “Photography,” she says, “endows the image with a past, present, and future integrated by the gaze and reactions it engenders.” Her current artistic adventures include incorporating new media.

Glady Triana was born in Camagüey, Cuba in 1937. Triana completed her B.A. at Mercy College in 1976, and M.A. at Long Island University in 1977. She also studied printmaking at San Fernando University in Madrid, Spain from 1970-1972. She dabbled in painting since she was a child and when she was twenty years old,  Triana’s paintings caught the eye of artist Mario Carreño, who was then the Director of the Museo de Bellas Artes in Havana, Cuba. Carreño selected Triana for her first group exhibition called “5 Painters from Oriente” at the Museo de Bellas Artes in Havana, Cuba. This show marked the beginning of the painter’s career. She has lived in New York since 1975.