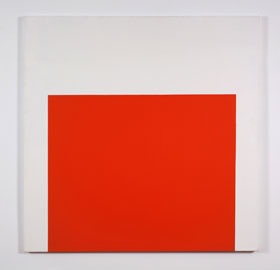 Carmen Herrera – Arratia Beer Gallery, Berlin.  -Arratia, Beer Gallery in Berlin is very pleased to present the work of the Cuban artist Carmen Herrera. Born in 1915 in Havana, Carmen Herrera has worked consistently  since the late 1930’s. After studying at the School of Architecture of Havana, Herrera lived in Paris  during the postwar years  joining the vanguards circles of  geometric abstraction  and taking part in the exhibitions of the Salon des Nouvelles Réalités, along with Josef Albers, Jean Arp and Sonia Delaunay.
In 1954 Herrera established herself in  New York.