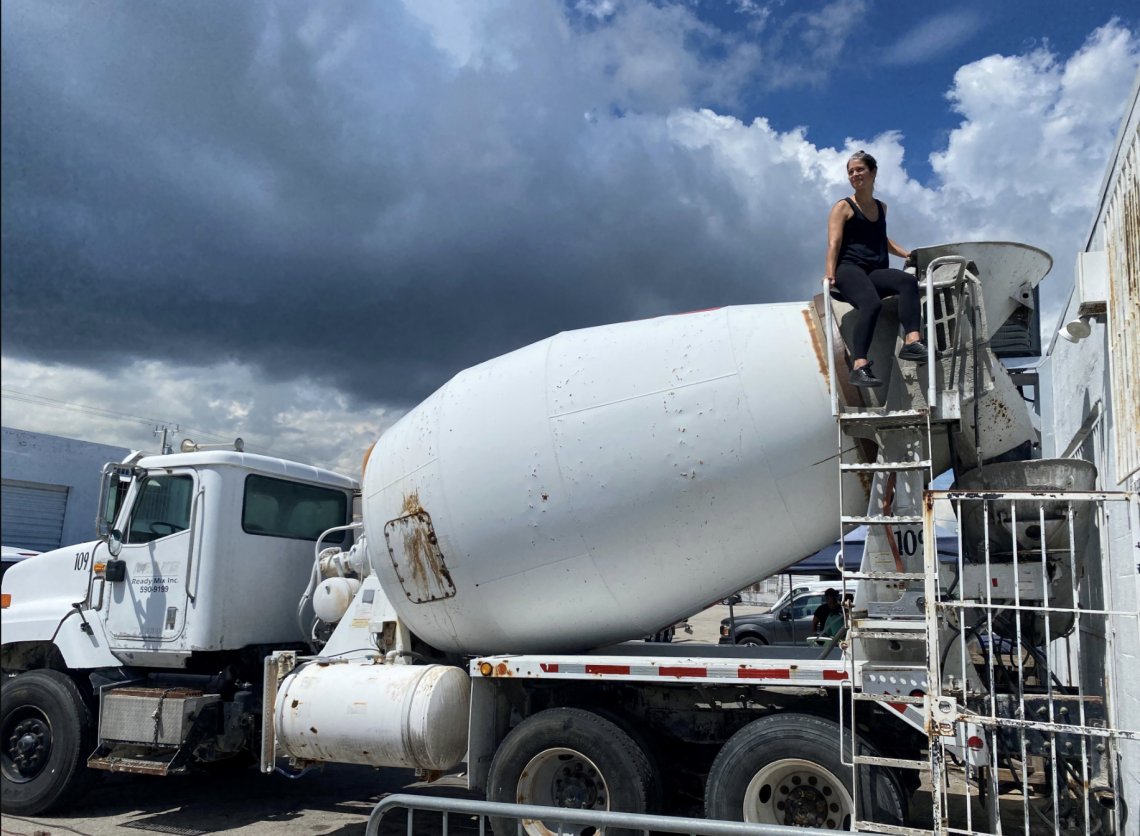 Many roads have yet to be paved for Latin artists in the United States. An installation aptly titled “Not Yet Paved” expresses this sentiment. Cuban-American Miami-based artist Antonia Wright is the mastermind behind the work. She joined together with musician Helado Negro for a special project at the Perez Art Museum Miami (PAMM). Her installation a real-life concrete truck made a loud statement.

In this political piece, she states that many roads still need to be paved for racial and ethnic minorities in the United States. Negro and Wright created one of the largest musical instruments in the world. They recreated the belly of the mixer truck to resemble the marímbula, a Caribbean plucked box instrument. The truck alludes to many Latin immigrants who work in the construction segment paving roads. With the refrain “Young, Latin, and Proud” blasting, the spectacle celebrated Latin American culture.

Antonia Wright is a poet, photographer, video, performance, and installation artist from Miami, FL. She received a BA from The University of Montana in 2002 and an MFA from The New School in 2005.