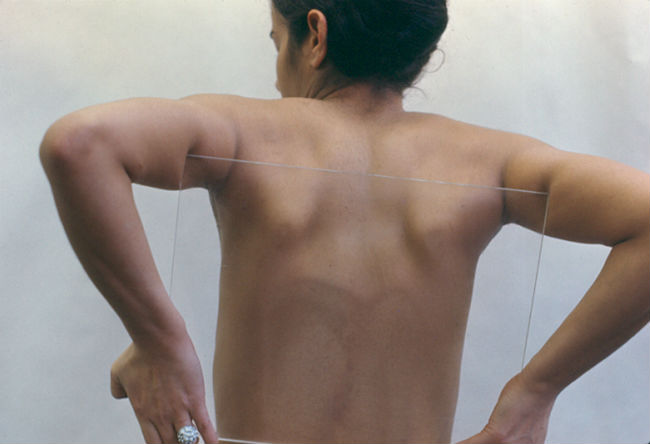 Ana Mendieta In ‘Between History And The Body’..  Cuban artist Ana Mendieta was a rising artist before she tragically jumped out of a window in her Greenwich Village apartment, falling 33 floors to her death following a fight with her husband, artist Carl André, in 1985. Since then, she has become a cult figure in the art world. A series of six self-portraits shot in 1972, titled “Untitled (Glass on Body Imprints)”, depicts Mendieta in a position that is both vulnerable and powerful as she presses a pane of glass against various body parts, including her butt, breasts and torso.