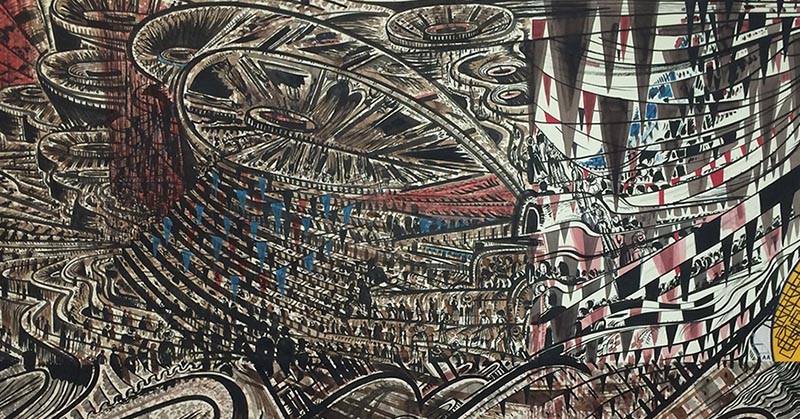 Alejandro Aguilera: PATTERNS OF PROTEST, at Saltworks Contemporary Art, Atlanta, Georgia  – SALTWORKS is pleased to present Patterns of Protest, new works on paper by Atlanta-based Cuban-born artist, Alejandro Aguilera. This is Aguilera’s third solo exhibition at the gallery. The work will be on view at the White Provisions SALTWORKS space in suite A06 through July 26, 2014.

Consisting of works created over the last two years, Patterns of Protest started in 2008 during the time of the global economic crisis. Aguilera began channelling the daily news events and depictions of large groups protesting into his drawings and studio practice. In these works, Aguilera embodies the mind of the journalist, painting cinematic scenes of the unfolding spectacle. The public arena is a place of improvisation, where the individual morphs into a potent force for change.