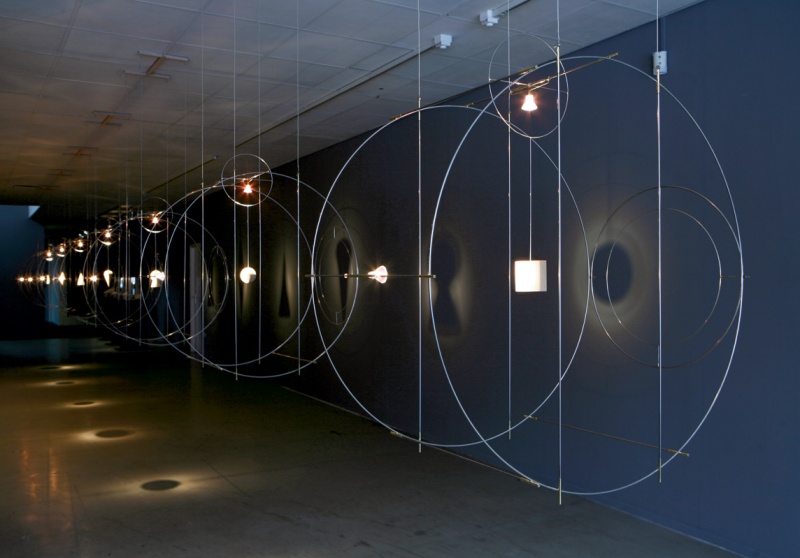 AMSTERDAM A recent solo show by Inti Hernandez, a young Cuban artist who lives in the Netherlands, focused on one of the artist’s main concerns: the reconciliation of opposites. “Bridging Reality” included a light-and-shadow piece, a room-size mirror installation, groupings of small-scale architectural models and numerous drawings.

The architectural models are intricate geometric compositions of thin hand-cut plywood and mirrors. Installed in a row at the back of the main room and lit by spotlights, Bridging the Differences (triptych), 2010, is made up of three roughly 20-inch-tall models on pedestals. One is reminiscent of an amphitheater, its tiered concentric rings recalling seating. Another offers the same structure inverted, with a small podium at the top of the conical form. In between these two is a model composed of exactly half of each of the others, cut laterally. A 3-inch figure of a man was placed in front of each structure, indicating scale and leading the viewer to consider ways inside. While neither of the flanking models allows access for the figurine, the middle model has an entrance at the bottom, perhaps suggesting that compromise provides opportunity.