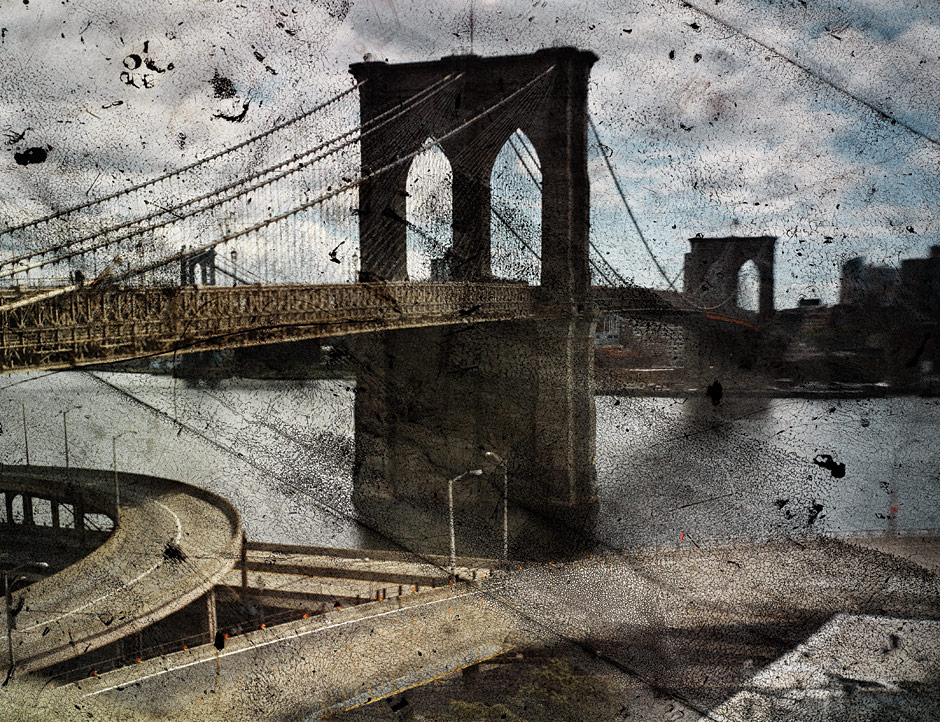 Seeing New York Through Leonardo’s Eye
Most of Abelardo Morell’s photographs are digital, but a lot of his gear is, conceptually, a millennium old. Morell is among the few contemporary masters of the camera obscura, the ancient method of projecting an image on a wall (deployed by Renaissance masters, like Leonardo da Vinci, and possibly used as a painting aid).  All it is, really, is a room with a tiny hole in the wall or roof that acts as a lens. Previous Morell portraits include a Times Square hotel room enrobed in an image of Times Square itself. For his new hybrids—on view in twin shows opening this month, at Bryce Wolkowitz and Bonni Benrubi—Morell photographs vivid cityscapes projected onto unexpected surfaces, like the gravel rooftop seen at right. “It involves a huge amount of work to create something my daughter could make in Photoshop in two seconds,” he says.