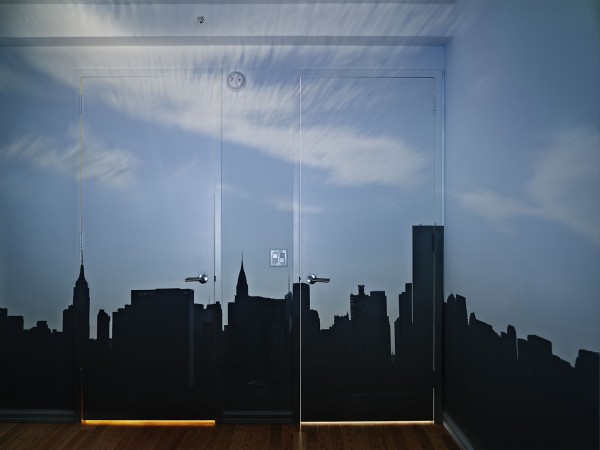 Reveling in the expectations of the photographic process, Morell’s work is charged with discoveries concerning optics, aperture, exposure, and most notably, camera obscura. Since 1991, Morell has been using the camera obscura to effectively turn entire rooms into cameras: the outside world is transposed onto the interior, creating unexpected and often surreal imagery. In Camera Obscura: Late Afternoon View of The East Side of Midtown Manhattan, 2014 (pictured), the New York City skyline floats over two mysteriously lit doors and the two worlds are flattened into one imaginary place.